He stated this live on Russian TV channel ‘Russia 24’. 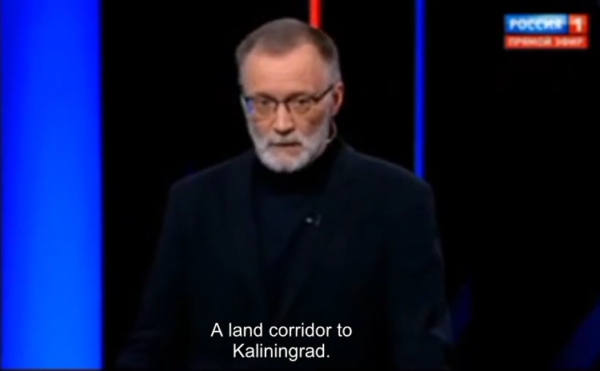 ‘Talking about the brave Balts (Baltic countries — ed.), I know there are serious problems at the borders currently in Kaliningrad. Should we make relevant the issue of a land corridor to Kaliningrad? I mean land connection to Kaliningrad. Why not? It seems to me that a state called Lithuania and a state called Poland are behaving too arrogantly’, — the propagandist continued his threats.