SYTNIK — FOR EXIT, SHABUNIN, AND BIGUS – GET READY

The US ambassador will finally appear in Ukraine. In his latest position as head of the European Center for Security Studies in Germany (under the supervision of the Pentagon), Keith Dayton has also been appointed to the position of senior US defense adviser for Ukraine. This appointment was both a “plus” and a “minus” in terms of opportunities to receive the nomination of the US ambassador to Ukraine. 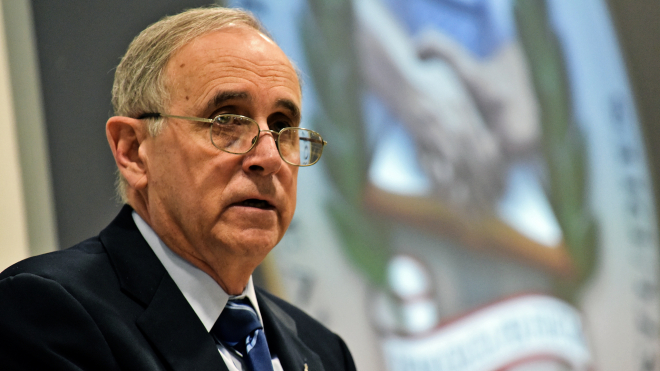 After all, on the one hand, Dayton is well aware of the situation with regard to Ukraine, but on the other hand, he was the appointee of James Mattis, who resigned as head of the Pentagon due to a divergence of views with the US President. Nevertheless, Donald Trump has made a decision in favor of General Dayton, who has spent four decades in military and diplomatic posts.

This decision, of course, should become positive for Ukrainian-American relations, because it was long-awaited and was delayed by one year – from May 2019 when Marie Yovanovitch finished her work in Ukraine.

This period has become perhaps the most turbulent in relations between Kyiv and Washington, given the impeachment of Donald Trump and the role of the Ukrainian issue in it.

The new ambassador of the United States now has a difficult task. First, he will have to find a balance in at least three dimensions: American, Ukrainian, and global.

The second, much more urgent task for Ambassador Keith Dayton is to clean up the Democrats’ legacy and deal with the problems that remained after Marie Yovanovitch. 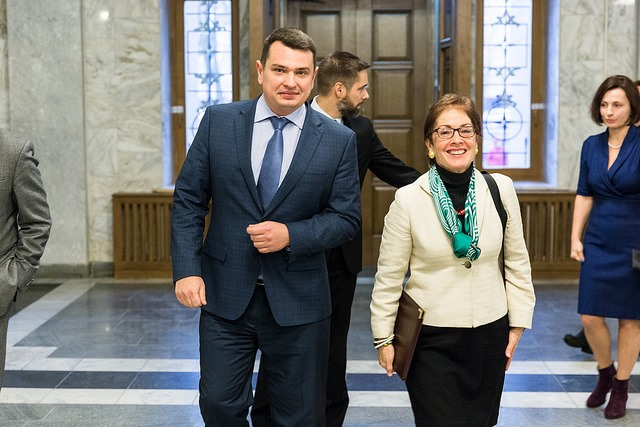 Those who are involved perfectly understand Trump’s mindset and way of thinking, as set out in John Bolton’s recent book, “The Room Where It Happened: A White House Memoir.”

According to Bolton, he “finds it difficult to name the case when Trump’s foreign policy decisions were dictated by something other than his re-election.”

In this regard, one of the first steps of Ambassador Dayton in Ukraine will be the decision to dismiss the director of the NABU Artem Sytnik, who is already waiting for interrogation by FBI officers.

“Showtime” has postponed to days after the US presidential election the premiere of the memoirs of former FBI director James Comey about a conflict with US President Donald Trump. According to several representatives of the media industry, such a move could be an attempt to mitigate the blow to the reputation of the current head of state before the end of the presidential race.

Christopher Wray, the new director of the FBI, is already in a difficult situation.

Definitely, it is not the ambassador who will personally give the order to Ukrainian President Volodymyr Zelensky to dismiss Artem Sytnik and bring him to criminal responsibility for interfering in the US presidential election back in 2016.

Certainly, what the director of NABU, a Ukrainian anti-corruption body, which was under the full control of the Americans (the Democratic Party), told while being drunk as a skunk and stunned by impunity, not only casts a shadow on Donald Trump, but also gives the most direct reason to deal with those people who , on behalf of the US government, set the tasks for Ukrainian officials to work on Paul Manafort, using at the same time not only the capabilities of the Ukrainian special services, but also involving the US special services in this work.

Which, in the end, led to the group of special prosecutor Robert Muller, who prepared and sent an indictment against President Trump, demanding his impeachment. 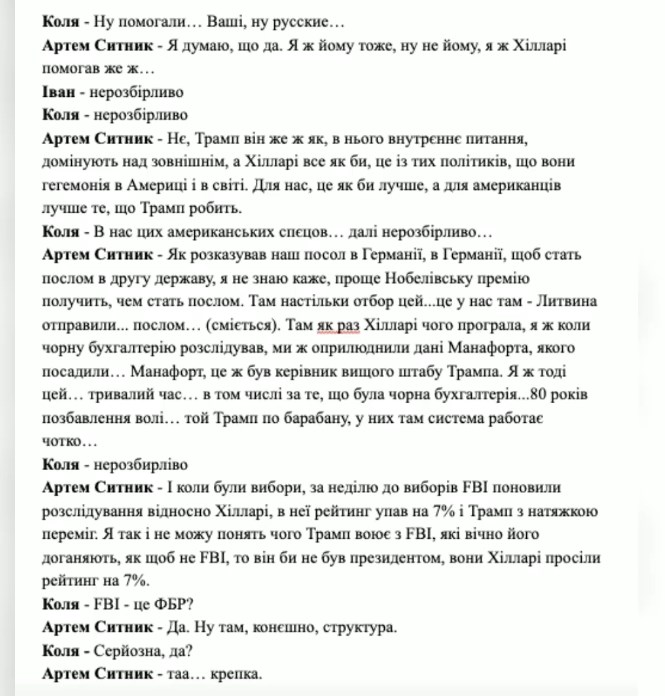 Now when Trump’s impeachment has resulted in nothing, he wants satisfaction and public humiliation of those who made him experience many unpleasant moments.

Now both American officials and their Ukrainian henchmen suddenly found themselves under the blow of American justice.

In particular, one of the most “fried” facts — CIA officer Clayton Swisher’s arrival to Ukraine under the cover of the journalist of Al-Jazeera.He was collecting compromise materials against Petro Poroshenko, whom Obama administration officials simply persuaded not to run for the second presidential term .

Artem Sytnik and a team of investigative journalists, operating under the auspices of the US Embassy contributed to those efforts to influence the election in the interests of Hillary Clinton. 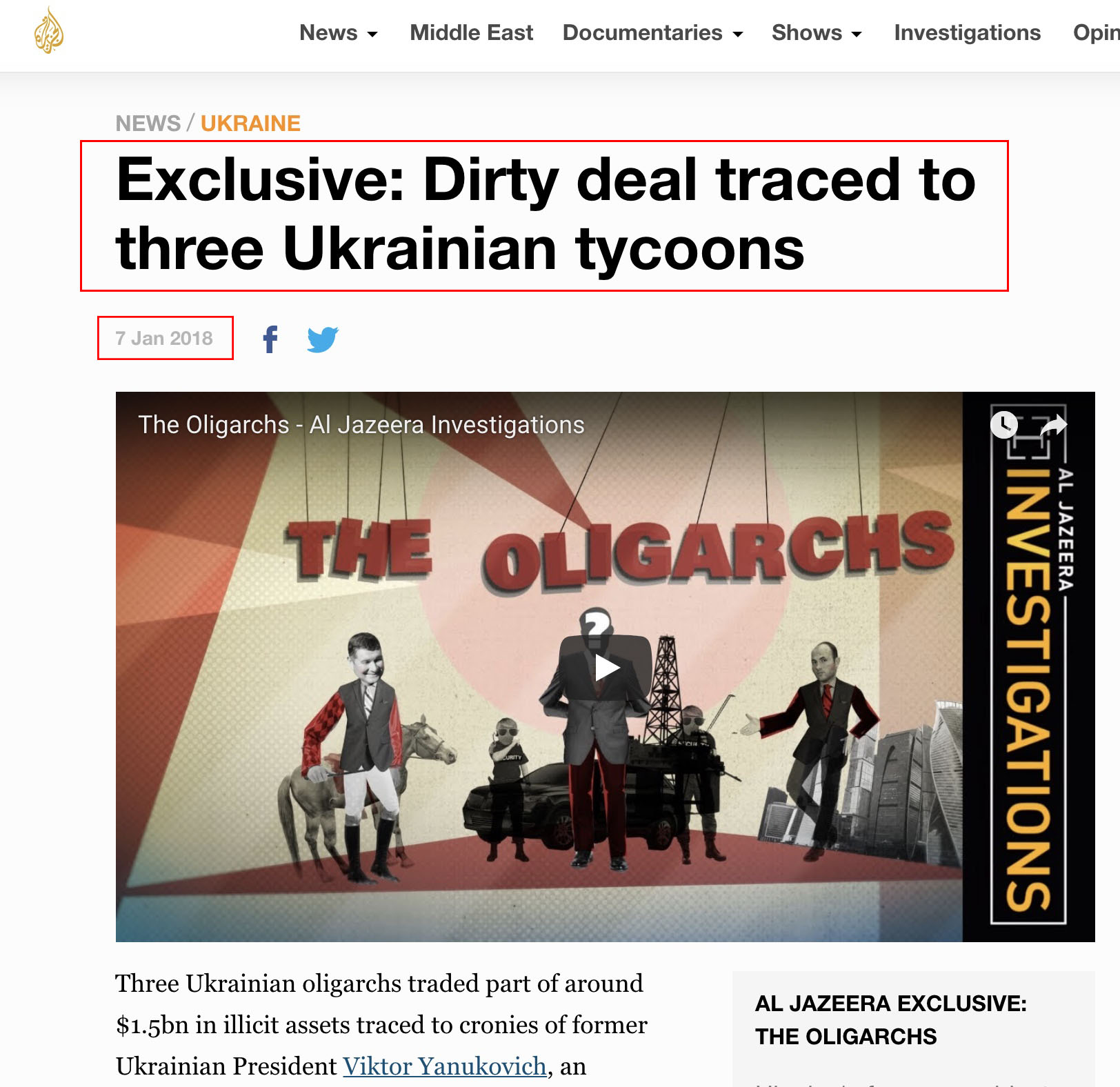 This journalistic investigation deals with the situation around the deal between businessman Pavlo Fuks and MP Oleksandr Onishchenko. It is noted that this deal was a cover for the purchase of frozen assets (government bonds) by Onishchenko from the fugitive oligarch Sergey Kurchenko, who is one of the persons previously close to the ex-President of Ukraine Viktor Yanukovych.

Artem Sytnik is extolled in the article as a fighter against corruption in Ukraine, which is hindered by the current government:

Ukraine’s new authorities started to look into the corrupt schemes after Yanukovich’s removal from office in 2014. It began a series of reforms that included the establishment of the National Anti-Corruption Bureau of Ukraine (NABU). But nothing important has been achieved in terms of the prosecution of the corrupt individuals or the recovery of the stolen assets.

“Resistance is very strong from the elites who are in power now and the more we investigate, the more we face this resistance,” Artem Sytnyk, NABU director, told Al Jazeera. “Parliament is taking steps to sideline the management of the Anti-Corruption Agency and take control.”

It should be noted that Al Jazeera over the past few years has not issued a full-fledged journalistic investigation into Ukraine.

In this material, in addition to the article, was prepared a 50 minutes (!) video, which is an uncharacteristic (unique) event due to a combination of circumstances.

The investigation contained documents on a number of circumstances of the deal. In particular, the involvement of Boris Guttsov, who is a person related to Sergey Kurchenko through the Russian company TH Capital, which was related to the deal on the UMH holding (Lozhkin-Poroshenko), is indicated.

By examining the list of documents that were published by Al-Jazeera, we can conclude that they were received directly from NABU (although this is not indicated directly anywhere). 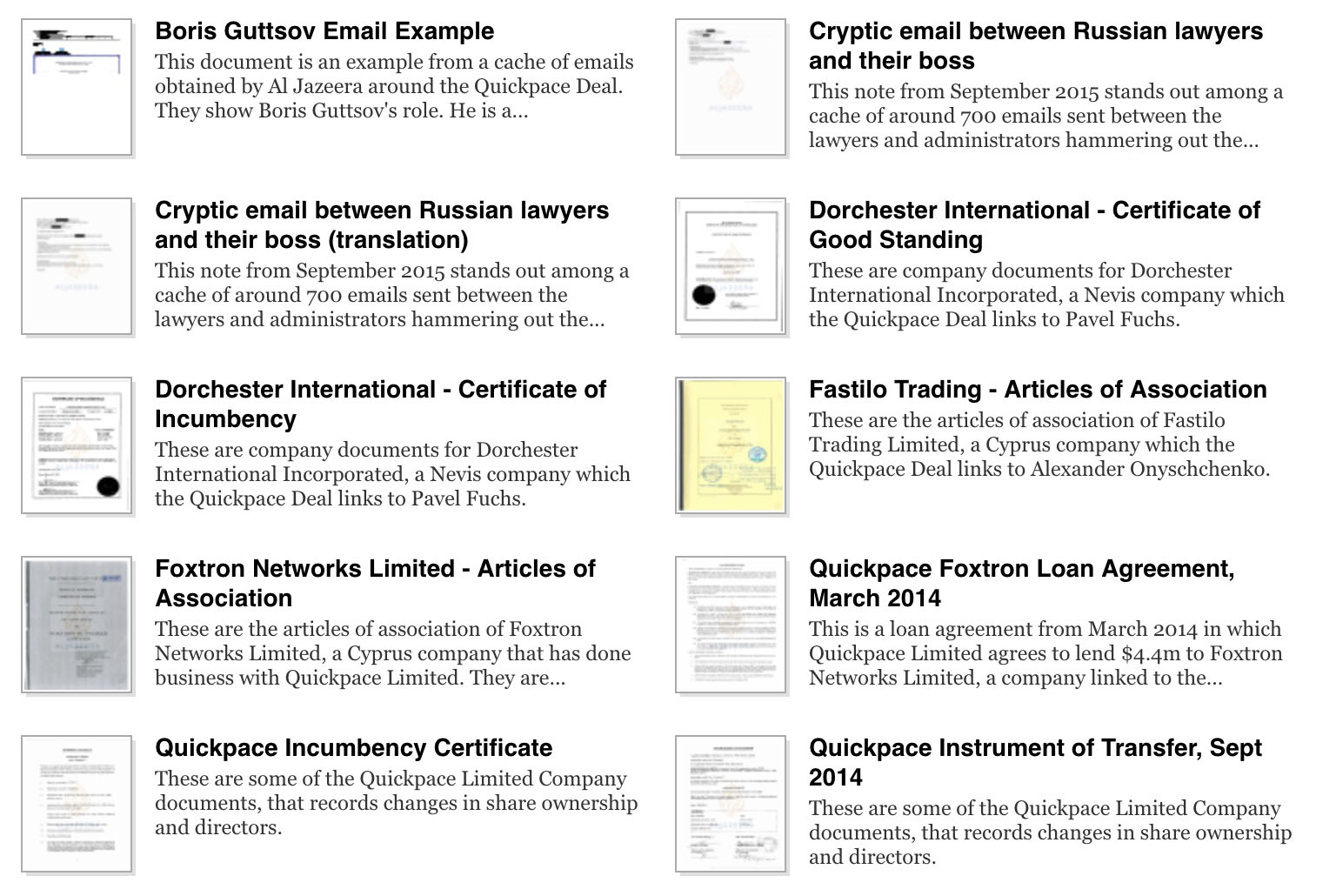 Given the close relationship of the Qatar special services with the US Department of State and representatives of the intelligence community, including the CIA, it is obvious that this journalistic investigation was not intended for the Ukrainian establishment, but for a planned campaign to discredit Poroshenko and prevent his re-election for a second constitutional term.

It is known that after the search conducted by NABU detectives at Valery Postny, US citizen Clayton Swisher, who is a CIA officer (works under the cover of a journalist and is responsible for coordinating the collection of information under the guise of the so-called “journalistic investigations”) arrived in Kiev.

In 1995, Swisher joined the US Marine Corps, after he was sent to undergo training in “special government programs.” After graduation, from 1996 to 2002, Swisher served as a special agent for the US State Department, as personal bodyguard for Secretaries of State Madeleine Albright and Colin Powell.

In 2011, Swisher, as a journalist for Al-Jazeera, received from his source and published the so-called “Palestinian dossier” — materials of secret negotiations between the State of Israel and representatives of the Palestinian Authority (about 1,500 documents). This story received a huge response in the Middle East and is considered the largest leak of confidential documents related to Israeli-Palestinian relations.

Swisher arrived in Ukraine on 05/01/2017 (Boryspil Airport, Terminal D, Istanbul-Kiev flight), and met with Makar Pasenyuk in the Leonardo business center, where the ICU office is located. This company, like Makar Pasenyuk himself, is known as a “blind trust” to which Poroshenko transferred his assets.

It is known that FBI agents received and handed over to Sytnik “for work” data from registrar for Akemi Management Limited (Cyprus) for this proceeding. Sytnik asked to work out the offshore company Chartomena Limited (Cyprus, Chrysorogiatissis & Kolokotroni, 3040, Limassol) in a particularly thorough manner.

These companies actively collaborated with ICU and were involved in the money-laundering scheme.

Foxtron Networks Limited, together with the offshore company Quickpace Limited, also appeared in the materials of Al-Jazeera TV channel.

At the same time, all of the above-mentioned enterprises are registered in Cyprus by lawyers who are related to Petro Poroshenko and Boris Lozhkin.

It is noteworthy that immediately after this, such famous “fighters” with “corruption” as Vitaliy Shabunin and Denis Bigus released their “investigation”.

They used the same materials received from Artem Sytnik, and immediately began to spin up a media scandal regarding the financing of Yulia Tymoshenko by dirty money of Alexander Onishchenko.

With all the ensuing consequences.

This is not the first time Artem Sytnik has used the services of people who for some reason consider themselves to be journalists. For example, Denis Bigus previously worked in the interests of Sytnik, as well as the US Embassy in Ukraine, on materials related to Paul Manafort. What, in fact, was what the drunk Sytnik told his interlocutors in private conversation, boasting about a job for Hillary Clinton. Secretly cherishing the hope of receiving many preferences for a job well done. 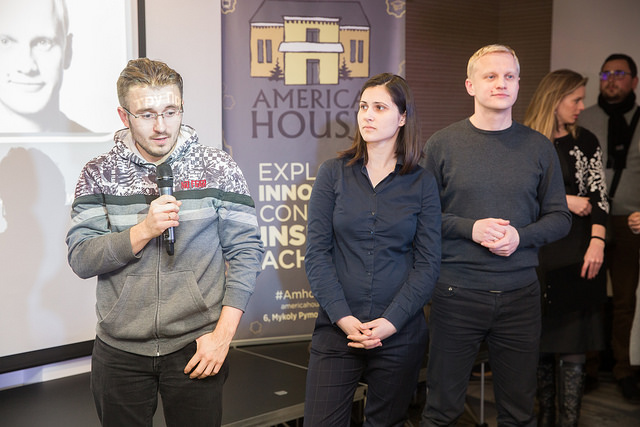 In turn, Sytnik’s assistants who did dirty work in the media — Denis Bigus and Vitaliy Shabunin could not even imagine in a nightmare that the documents that they processed and the reports of the pseudo-journalist Clayton Swisher — would lead to a prison term of Paul Manafort and an attempt to impeach Donald Trump .

By the way, both Denis Bigus and Vitaly Shabunin did not do their dirty work alone. Numerous investigative journalists worked for them, and received a meager by American standards salary in the amount of 10 thousand hryvnias per month. Despite the fact that Bigus was paid 100 thousand, and his accountant — 60 thousand.

Of course, for some, these amounts cause only laughter, but for those poor fellows who worked for Bigus and Shabunin, hoping for the promotion, or business trips abroad on behalf of the US Embassy – it was a road to deep disappointment. In addition, it is complicated by the fact that the new US ambassador to Ukraine, Keith Dayton, who arrives in Ukraine on June 25, acts on behalf of Trump.

In addition, he will try to distance himself as much as possible from the democrats, as well as their “errands” in Ukraine. Which, by conspiring, interfered in US elections. A sad story for Bigus, Shabunin, Sytnik and the people who contributed to them. Not realizing that they are now in sight of the FBI.

Moreover, the feds will now dig the earth to help Trump. With all the ensuing consequences. 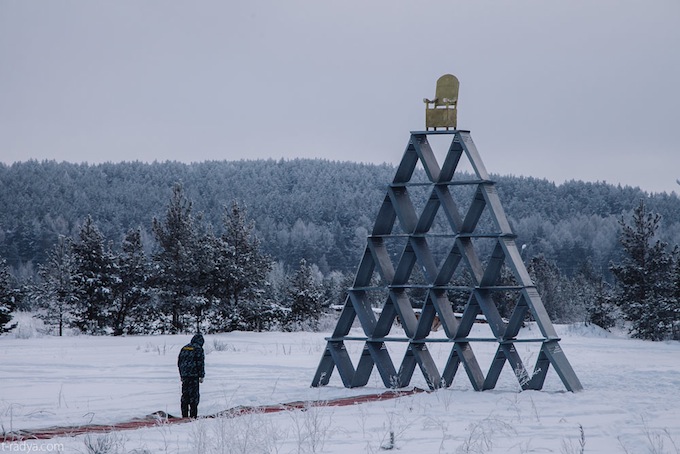 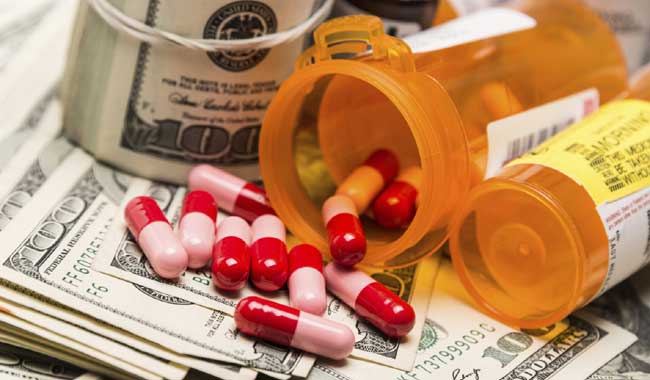